How you gonna pay for #freepublictransit?

Trolls keep asking who's gonna pay for free public transit, while we keep throwing good money after bad on more highways. Rose Quarter now up to $795 million for less than two miles of widening. How many free buses would that pay for?


In light of the Governor’s letter, No More Freeways continues to demand that ODOT conduct a rigorous Environmental Impact Statement that could clarify whether ODOT is telling the truth in their claims that the Rose Quarter Freeway Expansion would somehow be the first in America that reduced traffic congestion, lowered carbon emissions or improved air pollution. Our independent analysis of ODOT’s traffic projections revealed numerous, easily-challenged assumptions and discrepancies with significant implications to the project’s public health and climate considerations. The public deserves nothing short of full accountability, transparency and honest assessment of these impacts for a proposed half billion dollar investment in fossil-fuel infrastructure on the dawn of our hastily arriving climate emergency.

CLATSOP COUNTY — Beginning this month, all K-12 students in Clatsop County will have access to free public transportation, helping them get to school and back, as well as to extracurricular activities. The initiative launches as communities across Oregon are working together to address barriers that students face in getting to school.

https://www.myoregon.gov/2020/01/07/free-public-transportation-will-help-students-get-to-school/
at 4:19 PM No comments:

Ridership up 38% in first year of fare-free service

Other medium-sized transit agencies have pioneered the fareless route. Corvallis Transit System was previously the largest transit agency in the Pacific Northwest to eliminate fare collection systemwide when it made the change in 2011. In its first year of fareless operation, Corvallis bus system ridership increased nearly 38%, according to the city government.

The buses in Missoula, Bozeman and on Whidbey and Camano Islands, Washington, are also fareless. Island Transit relies on a dedicated county sales tax to pay for fare-free bus service. In Corvallis, the city council approved a monthly surcharge on all utility bills to pay for fareless bus service.
Mason Transit is fare-free within Mason County, but charges fares for out-of-county routes to places such as Brinnon, Bremerton and Olympia. North Idaho is home to a trio of small transit systems where all fixed routes are free to ride, namely Coeur d'Alene-based Citylink, SPOT Transit in Sandpoint and McCall Transit.


https://kuow.org/stories/just-get-on-and-go-no-bus-fare-needed-anymore-on-this-northwest-transit-system
at 5:53 PM No comments:

Candidate for US Congress WA-10 calls for #freepublictransit 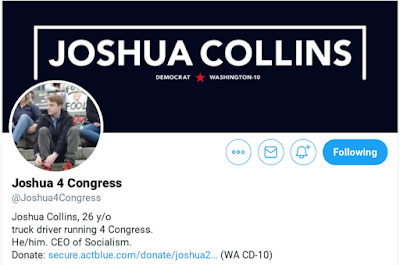 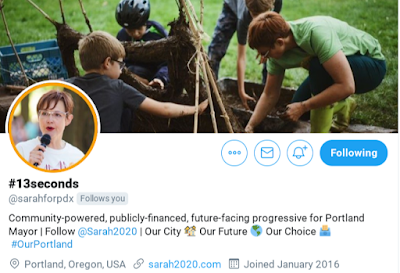 These aren't campaign slogans to me: I've been in this lane and have no plans to move out of it 👇 #UpWithRiders #FarefreeTransit #OurPortland https://t.co/KVhHvFXqNZ

Supporters of the measure on social media pointed out that free public transit could have positive impacts on economic inequality, the city’s efforts to fight the climate crisis, and mass incarceration—as other cities, like New York, are cracking down on public transit fare evasion […]

https://stuartbramhall.wordpress.com/2019/12/08/now-lets-do-this-everywhere-kansas-city-missouri-approves-free-public-transit-for-all/
at 10:43 PM No comments: